This model of Delhi looks very hot and attractive, her name will surprise you...

This actor appeared in romantic mood with her beautiful girl friend, See pictures!

For your information, let us tell you that the most popular comedy serial of the small screen 'Taarak Mehta Ka Ooltah Chashmah' has been entertaining people for the last 10 years. Let me tell you that many of its characters left the serial in the middle. One such character was Rita Reporter who played Priya Ahuja. Let me tell you that she has now taken a break from this serial because she is going to become a mother very soon.

Priya is going to be a mother at the age of 30:

For your information, let us tell you that Priya worked for many years in the serial Taarak Mehta & then she married Malav Rajda, the director of this serial in the year of 2013. Let us tell you that both of them kept dating each other for 2 years & later then married grandly. Priya is now 30 years old & is going to be a mother very soon.

Let me tell you that recently she had a baby shower & she also got a very cute photoshoot done with her husband. In these pics you can see Malav is seen kissing her baby bump. Due to her pregnancy Priya took a break from this serial & is now enjoying her pregnancy days very much.

Now what do you say about this article, friends? Let me know your answers and opinions in the comment box below. 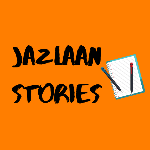 0
Read More Comments
FEATURING RECOMMEND
Uttar Pradesh: Five Muslim Women Protest Against CAA In Moradabad Download to Read
This model of Delhi looks very hot and attractive, her name will surprise you...
This actor appeared in romantic mood with her beautiful girl friend, See pictures!
See the best features of Nokia 2.3
This beautiful actress 5 years ago secretly married her boyfriend, Now seen...
3 Most beautiful Muslim women in history whom you don't know, See pics...
Bobby Deol Celebrates Birthday With Son In New York
This actress became viral on social media due to her figure
This 90s actress is very beautiful, see killer figure in pictures
This is India's favorite celebrity, number 7 is everyone's favorite
Ragini Nandwani looks stunning in this modern outfit
The most beautiful Sadhvi of the country, what wonderful beauty they really have
#goodmorning #goalchasers Bosses of Quotes* Go Follow @bossesofquotes @marlondaboss.of.quotes @beautiful_in__his__eyes
X-ray shows woman's crushed hips after car crash when her feet were on dashboard
UP: Deputy CM Dinesh Sharma Talks About Ganga Yatra Program
Akshay Kumar shifts the release date of Bachchan Pandey on Aamir Khan’s request